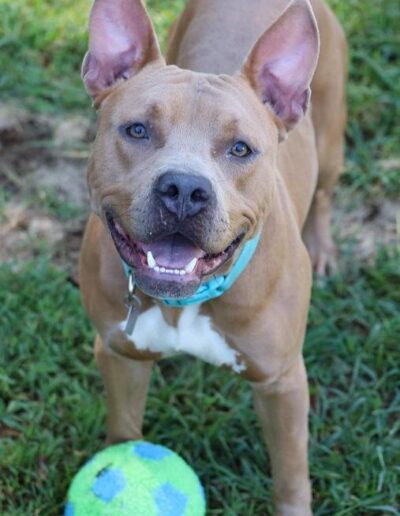 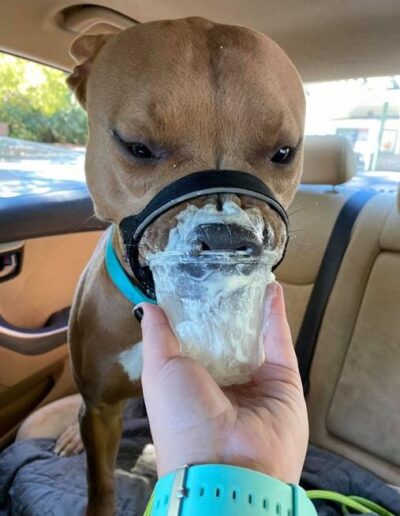 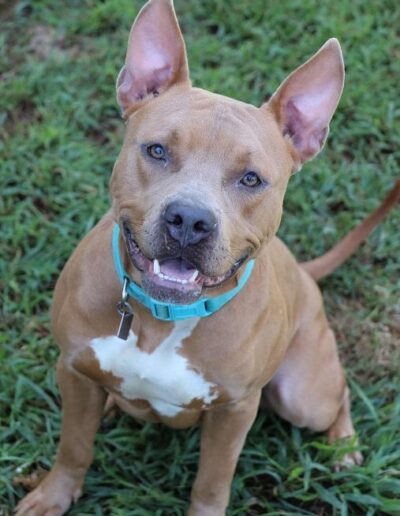 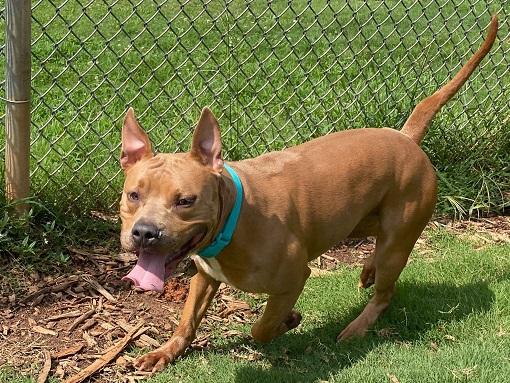 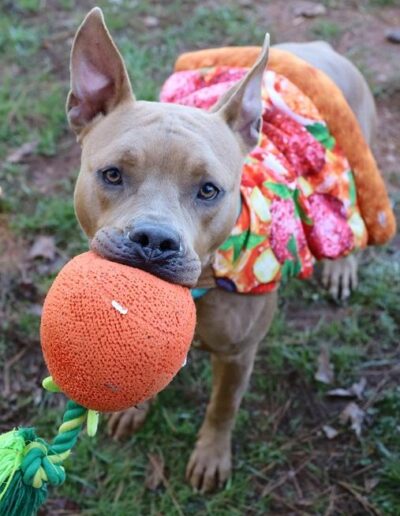 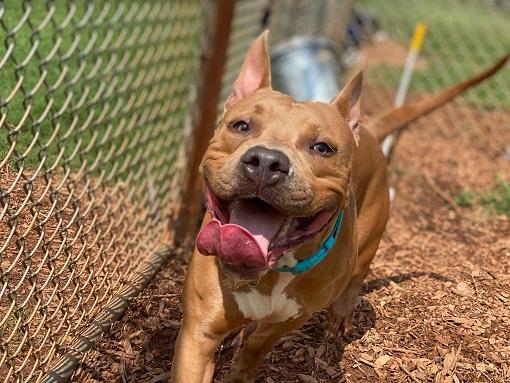 Share on Facebook
Why choose me? Update 10/7: Chance enjoyed a doggie-day-out at Sandy Creek Park and had the best time. Playing fetch and being with a friend was so much fun! An afternoon away from the pound gave Chance an opportunity to show what a great dog he really is. He rode well in the car, practiced good manners, and didn’t bark when other dogs walked by his play yard. He was just curious and interested in what they were doing. Chance was so good, he got to enjoy some ice cream before going back to the pound. What a great day! Update 9/21: I had so much fun with Chance today! He was thrilled to have someone to play with and even happier that I had treats. I used his love for treats to begin working with him on playing fetch. At first, he’d chase a toy and then run with it, but eventually he learned that if he’d bring it back to me, he’d earn a treat. What a great student! Chance is a smart dog, and I bet he could learn other tricks with patience and treats. He already knows how to sit for them. He’s a good boy who just needs someone to take him home and give him a chance! Chance may look like a tough guy, but he’s inside he’s a scared pup still trying to figure out what’s expected of him. Because he was uncertain how to act when he got to the shelter, he spent some time in the back settling into the shelter routine before he was evaluated and, ultimately, moved to the front. The trainer who evaluated him says he’s very responsive to voice corrections (something I saw as well–when he was annoyed with the youngsters in the pen next to him, I was able to call him off easily) but because of his uncertainty he’s a better fit with older children and adults than with small kids. He also has a prey drive so he should not be placed with cats. He’s looking for a home that will boost his confidence and show him the world is a friendly place! To learn more about Chance or to meet him, please call the shelter at 706-613-3540.
Learn more about how you can adopt or rescue me!