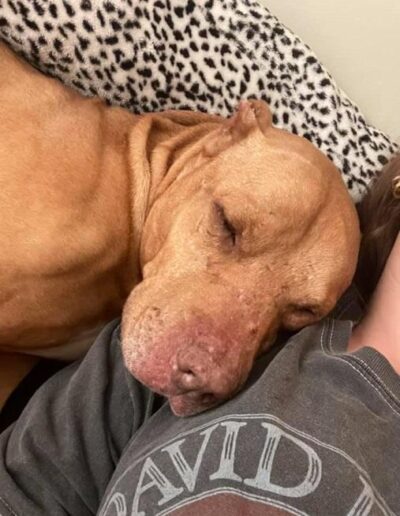 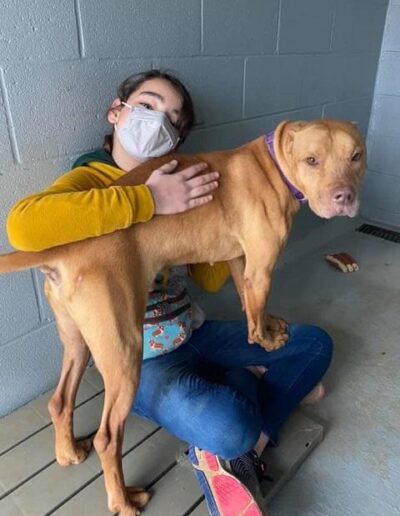 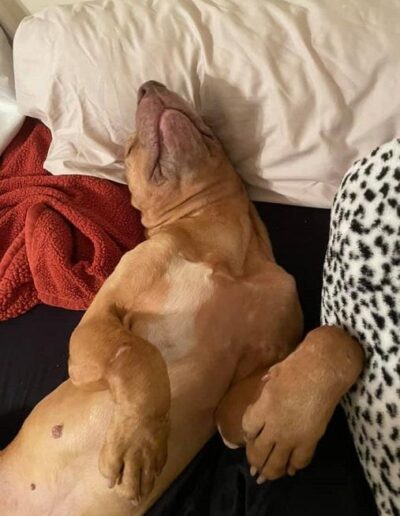 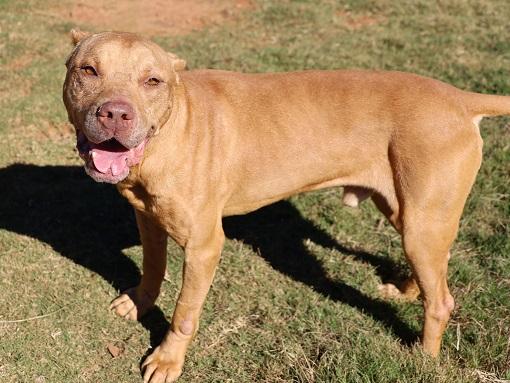 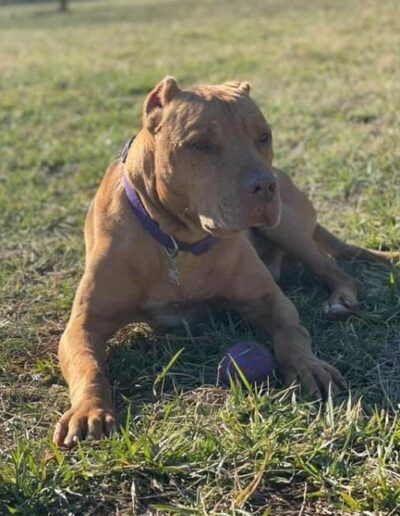 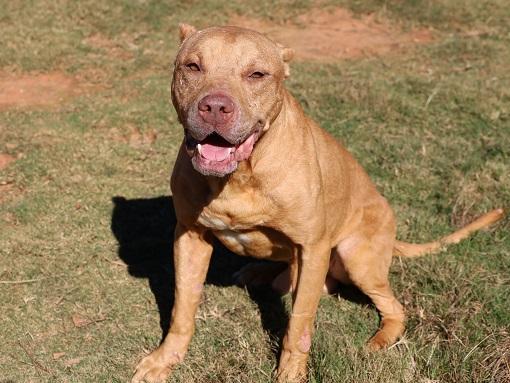 Update from Tonka’s temporary foster 2/26: Tonka has had a rough life but has quickly settled into his foster home. Here are a few comments from his foster:

• On the ride home from the shelter, this man jumps out of the backseat into the front seat just so he can take a nap right next to me
• The dog bed was a revolutionary invention, he 10/10 recommends
• BUT THE BED 100/10 recommends
• He has quickly become an apartment complex favorite
• Although he doesn’t do well with dogs face-to-face, he’s super easy to handle on a leash when around one!
• And it’s been 36 hours and I’ve officially turned him into a spoiled brat

Tonka was rescued in February 2020 by the amazing Athens Clarke County Animal Services. He was taken from a cruelty situation: where he was tied out, attacked by another dog, and not treated for his injuries. (For this reason, he needs to be adopted into a home where he would be the only pet.) His face and ears show signs of his past but I think these photos and video show just how great his future is going to be. He wasn’t potty trained but is such a gentlemen that he has not peed once in my apartment!! He’s an absolutely amazing dog!

Update 11/16: I’ve been walking by Tonka and Casey’s kennels for months tossing them treats and saying a few words to them, but today was the first day I got to spend some time with them in an interaction pen. They are part of a cruelty case, but now that they have been surrendered, volunteers can take them out. I can’t imagine the life they’ve endured, but today they liked being outside enjoying a sunny day. When I asked a supervisor about Tonka, the first thing she said was that he’s a cuddler. I can see that. After he did some exploring, he spent his time with me enjoying pets and treats. Looking beyond his scars, I could see what a sweet boy he is. He loves people, but he’s reactive to other dogs, so at this time, both he and his brother are only available to rescues. Tonka and Casey have a new beginning. I hope it leads to new lives filled with love and good times.

Tonka and Casey have been with ACCAS since February 6th of this year. They are part of a cruelty case and have been sitting in the shelter all of this time.

While, I love them both, Tonka has found a special place in my heart. As you can see, he is covered in scars. He spent the first month or so at the vet because he had such severe injuries and needed round the clock care. We only know a fraction of what he has gone through and I can only imagine. Through everything, he is such a loving soul and just wants to cuddle in your lap.

Both Casey and Tonka love people and are very happy go lucky. Due to their history, they both need to be the only animals in the home and until they go to a trainer for an evaluation, they will be Rescue Only and not available for adoption.

We have cared for these boys and we have fallen in love with them. Now we get to fight to find them homes.

Learn more about how you can adopt or rescue me!