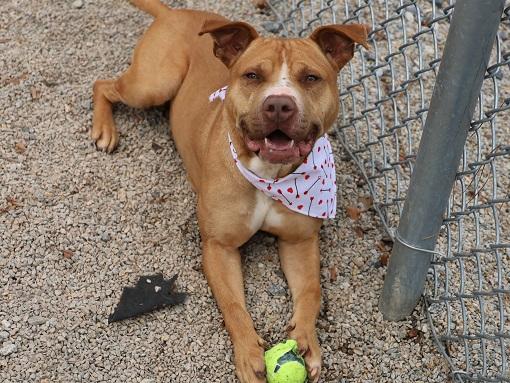 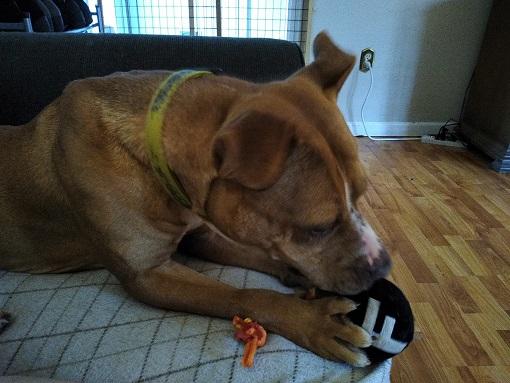 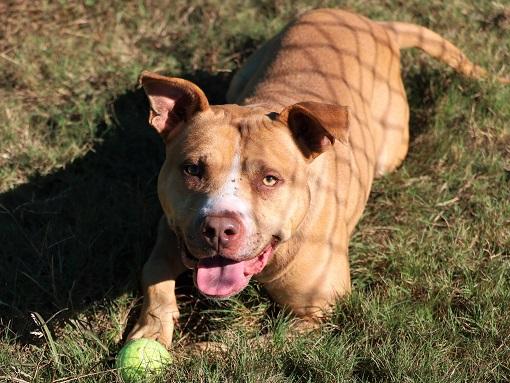 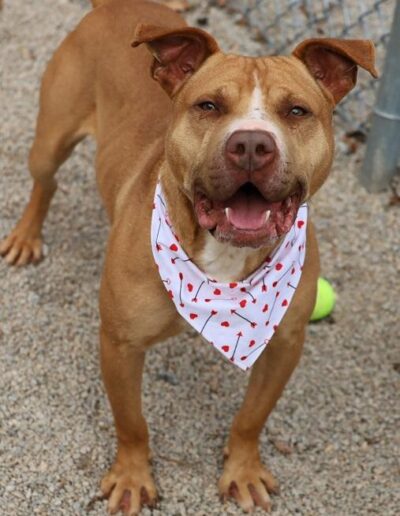 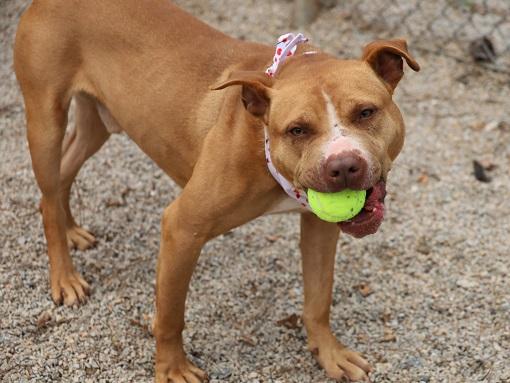 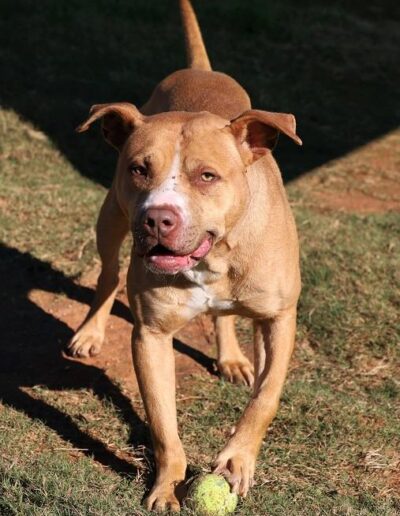 Share on Facebook
Why choose me? Update from Casey’s temporary foster 2/26: Casey is such a sweet happy boy, despite the rough life he’s lived. We brought Casey home last night for some time away from the shelter. When he arrived, he spent some time exploring the unfamiliar surroundings and taking a tour of the backyard, smelling all the new smells. He then promptly plopped himself next to me on the couch for a well deserved nap. He’s done well in the house so far – no accidents, or destructive tendencies, and we left him uncrated overnight with no issues. Casey loves squeaky toys and rope toys and he’s a big fan of chasing tennis balls in the backyard. He hasn’t quite mastered returning it, so definitely keep a spare ball handy. So far, he’s been great meeting new people, especially new people with treats. We’re starting to work on commands, and he has a 50% success rate with ‘sit’ but enjoys treats, so I think he’ll do well with some practice. He’s very confused by new sounds in the house, but doesn’t seem afraid of the washing machine or dishwasher. He had the cutest head tilt when i turned on the TV, like the actors were going to climb right out of the screen. Update 11/16: I’ve been walking by Casey and Tonka’s kennels for months tossing them treats and saying a few words to them, but today was the first day I got to spend some time with them in an interaction pen. They are part of a cruelty case, but now that they have been surrendered, volunteers can take them out. I can’t imagine the life they’ve endured, but today they liked being outside enjoying a sunny day. When I asked a supervisor about Casey, she said was that he’s a ball of energy and a happy-go-lucky guy. I also learned that he loves tennis balls. He was thrilled when I pulled one out and threw it for him though I suggest that you play with several balls because Casey likes to hold on to them. Casey loves tennis balls and people, but he’s reactive to other dogs, so at this time, both he and his brother are only available to rescues. Casey and Tonka have a new beginning. I hope it leads to new lives filled with love and good times. Casey and Tonka have been with ACCAS since February 6th of this year. They are part of a cruelty case and have been sitting in the shelter all of this time. Both Casey and Tonka love people and are very happy go lucky. Due to their history, they both need to be the only animals in the home and until they go to a trainer for an evaluation, they will be Rescue Only and not available for adoption. We have cared for these boys and we have fallen in love with them. Now we get to fight to find them homes. If you are interested in rescuing Casey, call 706-613-3540 to discuss options with staff.
Learn more about how you can adopt or rescue me!