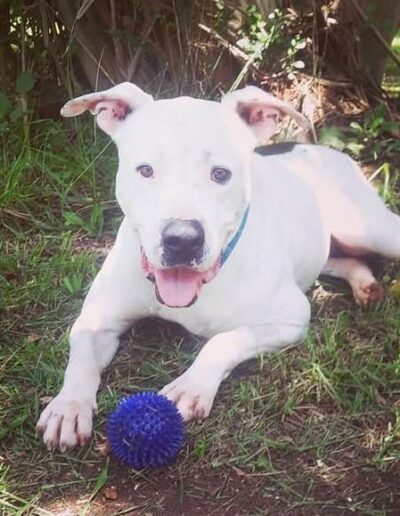 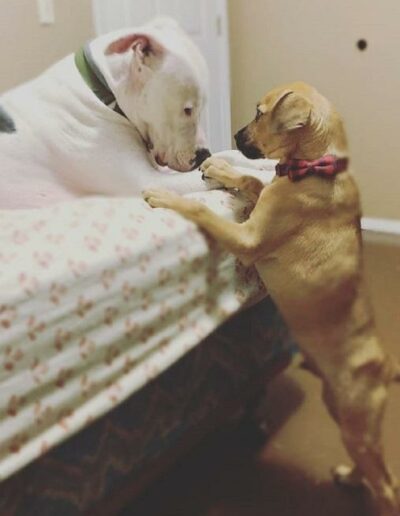 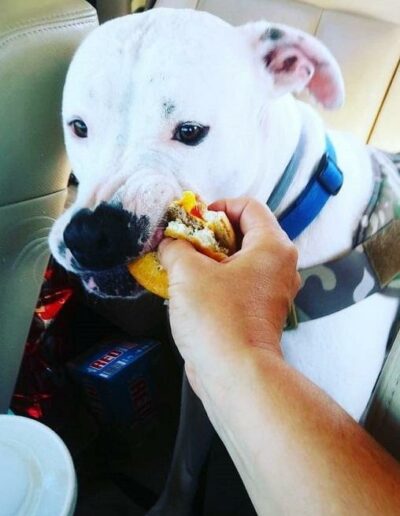 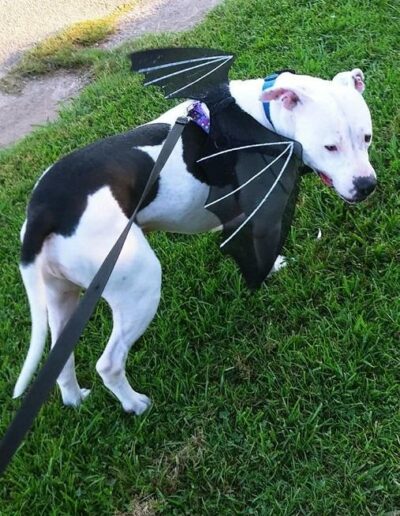 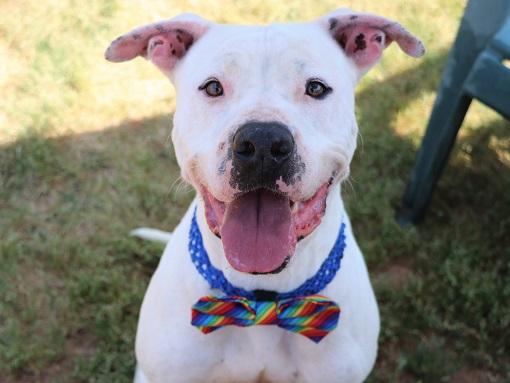 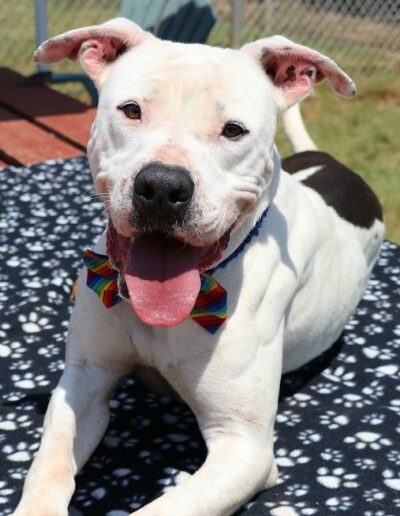 Update from Diesel’s foster 12/1: I’m currently a hospice foster to an amazing dog named Diesel. He has cancer, we found out about 4 days after I pulled him from Athens Clarke County Animal Shelter. He was in the shelter, alone, dumped by the only family he’s ever known at 4 years old😢😢he got neutered and the vet saw a strange lump on his groin. Athenspets paid for him to get fixed and for this lump to be removed and biopsied, about a week after this surgery I went to visit him and saw he wasn’t healing, wasn’t eating and lost a significant amount of weight😞and was dragging his back leg…I asked to take him into foster that day. He was brought to my home that evening by our volunteer coordinator. I took him back to the vet a few days later because his stitches were bleeding, and found out then that his biopsy came back and he has stage 2 cancer. That’s when I decided to keep him and give him the best life possible until he succumbs to his illness❤I wouldn’t have been able to do that without the support of Athenspets. He gets so much love now and is best buddies with my other rescue Koda, he gets the best food, the best treats, the best toys, and vet care all provided by this wonderful rescue. They aren’t usually the type of rescue to pull and take on cancer and hospice cases, but they know he’s in the best home he could be in and support him in every way❤❤❤please consider donating a few dollars to them ❤

Update 10/8: Diesel is in a shelter foster home. Please call the shelter at 706-613-3540 or message the Athenspets – GA Facebook page if you would be interested in meeting this GREAT guy!

Update 6/16: Diesel had a mass on his abdomen that we had removed and biopsied. Sadly, it proved to be a grade 2 sarcoma. While the mass was cleanly removed, more will recur and the median lifespan for a dog with this sort of cancer is 1 year. We’re looking for a sanctuary that can help give this sweet boy the life he deserves until the end. He is currently in a temporary foster home with other dogs and has done great with both of them, as well as with all the people he has met. (And he’s a social dog so he has met a lot of people!)

Update 4/29: Diesel is one happy, handsome, people pleasing dog! He was playing at the fence with another dog when I called him, and he came right away. He didn’t ignore me but trotted right over with a smile. He can sit, lie down, and is pretty good with stay as well. He’s a SUPER dog, and I absolutely adore him!

Diesel is so much fun! He’d been watching other dogs play in the interaction pens and was ready for a turn. Squeaky toys and treats got his attention right away, and when we weren’t playing fetch, he was sitting pretty and giving me his “I’m a good boy” look to earn treats. He is a good boy, and I had a blast being with him. Diesel was surrendered because he and another dog didn’t get along in the home. He is, however, great with kids and lived with two children ages four and six. He’s house trained and played well with the family’s puppy, but he doesn’t like cats. If you’re looking for a sweet, playful dog, Diesel is waiting to meet you!

Learn more about how you can adopt or rescue me!